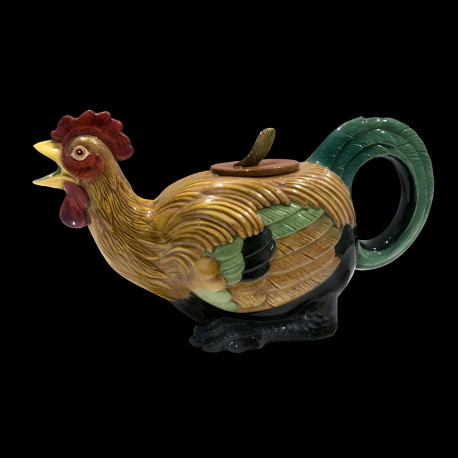 Majolica Cockerel Teapot by Minton Archive Collection. Reedition from the late 20th of a famous majolica model realized c.1870. Signed and numbered 197/2500, limited edition, made in 1998.

Cockerel Majolica Teapot. He is singing and its beak is open and forms the spout. Its legs are slightly folded beneath him and its feathers are ochre and green, long and the tail ones are forming the handle. A small feather adorns the removable lid.

Reedition of a famous Minton majolica production circa 1870. Limited and numbered edition, signed and numbered 197/2500, sold with its certificate of authenticity.

11 other products in the same category: