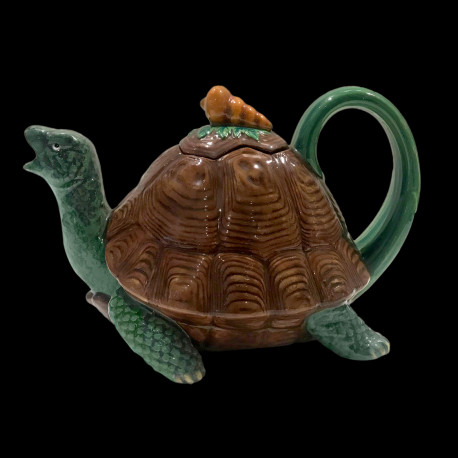 Tortoise Majolica Teapot, with its head protruding from the shell to form the spout, the tail making a handle, the cover with an orange shell knop resting on seaweed.

Reedition of a famous Minton majolica production circa 1870. Limited and numbered edition, signed and numbered 111/2500, sold with its certificate of authenticity.

9 other products in the same category: